The Charter of Corporate Rights 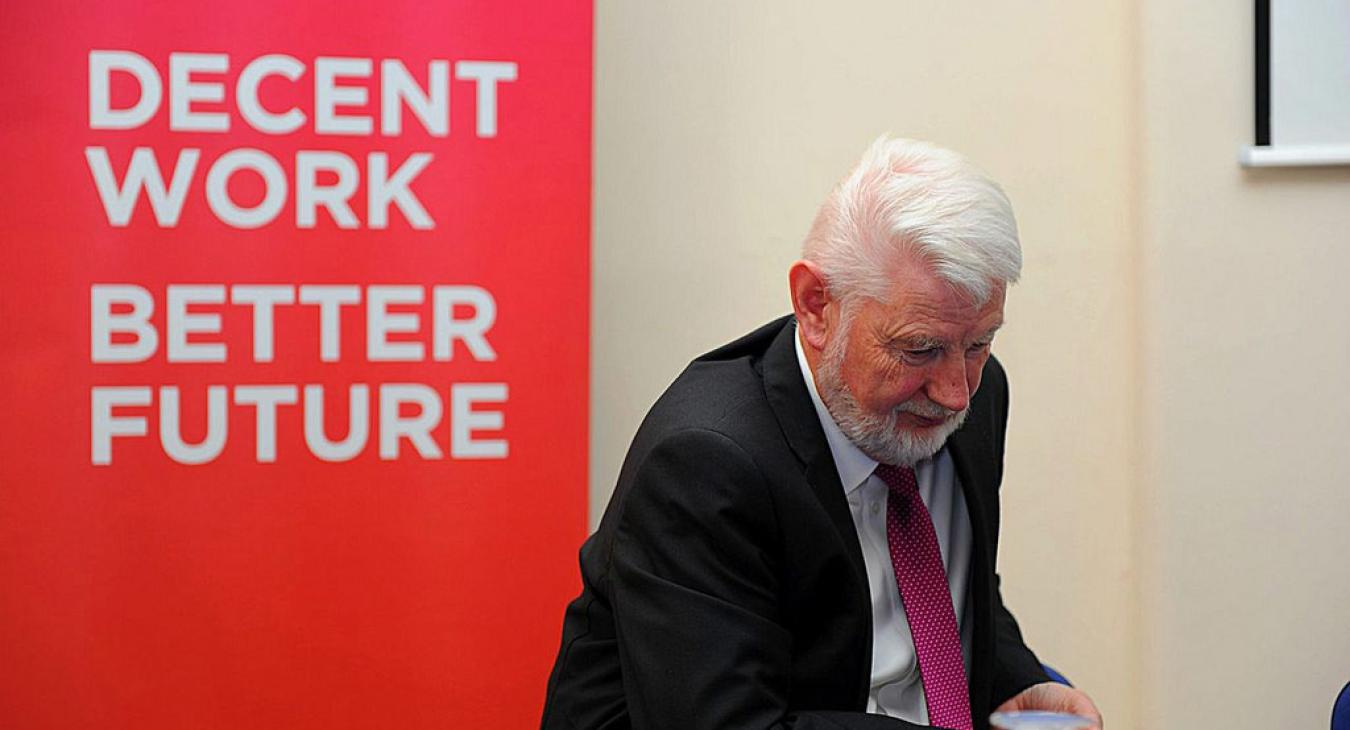 Sometime in the not too distant future an Irish government could move to increase the minimum wage or introduce a living wage (http://www.livingwage.ie/), in order to boost growth and living standards.

Nothing very extraordinary in that, except perhaps that it runs counter to current orthodoxy which claims that driving down wages is the only way to secure recovery.

But after six years of this self-defeating nonsense, we are left with embedded depression and over 26 million people out of work across the Eurozone.

In such circumstances, it is entirely rational for electorates and governments to think anew about policies and politics that might actually work.

That would be the norm in any modern, democratic society.

But if a proposed EU-US trade deal comes into force, any such progressive initiatives could become a distant memory.

Under the rules of the Transatlantic Trade & Investment Pact (TTIP) a decision to raise the minimum wage could see the government hauled before a secretive tribunal and forced to pay billions in compensation to multinational corporations.

A key provision of the proposed trade deal is the Investor-State Dispute Settlement Mechanism (ISDS), whereby major corporations can sue for damages if a decision by any government covered by the deal might affects their real or potential profits.

The possibilities for punitive financial action against states and citizens are limited only by the imagination of corporate legal departments.

And to make matters worse, the 'case' would be heard before a secretive arbitration panel  comprised of corporate lawyers and would not be subject to judicial review.

In other words, TTIP would be above the rule of law.

As proposed this trade deal it is little more than a charter of corporate rights and would represent the complete and final subjugation of society to the markets.

It could also render democratic politics entirely meaningless as no elected government could ever again afford to take any action that offended the 'right' of corporations to accumulate profit.

If this sounds like scaremongering, then consider that similar provisions under existing trade deals have already resulted in a number of high profile compensation cases:

The supporters and advocates of TTIP present as some form of silver bullet that will end the global economic malaise and lift Europe from depression.

As always, record jobs and growth are promised. As always, hard evidence to support those promises is difficult to come by.

But new research suggests that TTIP could actually throw the EU deeper into crisis through the loss of hundreds of thousands of jobs, lower government revenue and increased deficits.

At the very least, we could expect to see a transatlantic 'race to the bottom' in terms of workers' rights and conditions, as European labour markets aligned with those of the United States with all the inequality and insecurity that this implies.

The only bright note in this otherwise frightening vision of the future is that TTIP as currently structured has not yet become a reality and that the scale of opposition grows by the day.

Unions in both the US and Europe have been to the forefront in the campaign to stop TTIP and this has, at very least, given the advocates of TTIP pause for thought.

Whether they are forced back to the drawing board or compelled to abandon this charter for corporate rights altogether depends very much on our capacity to build on the momentum already generated.

A Congress organised seminar on TTIP – featuring keynote speakers from the US and European trade union movements – took place on Wednesday December 10. It featured some excellent contributions and presentations, some of which can be found here.