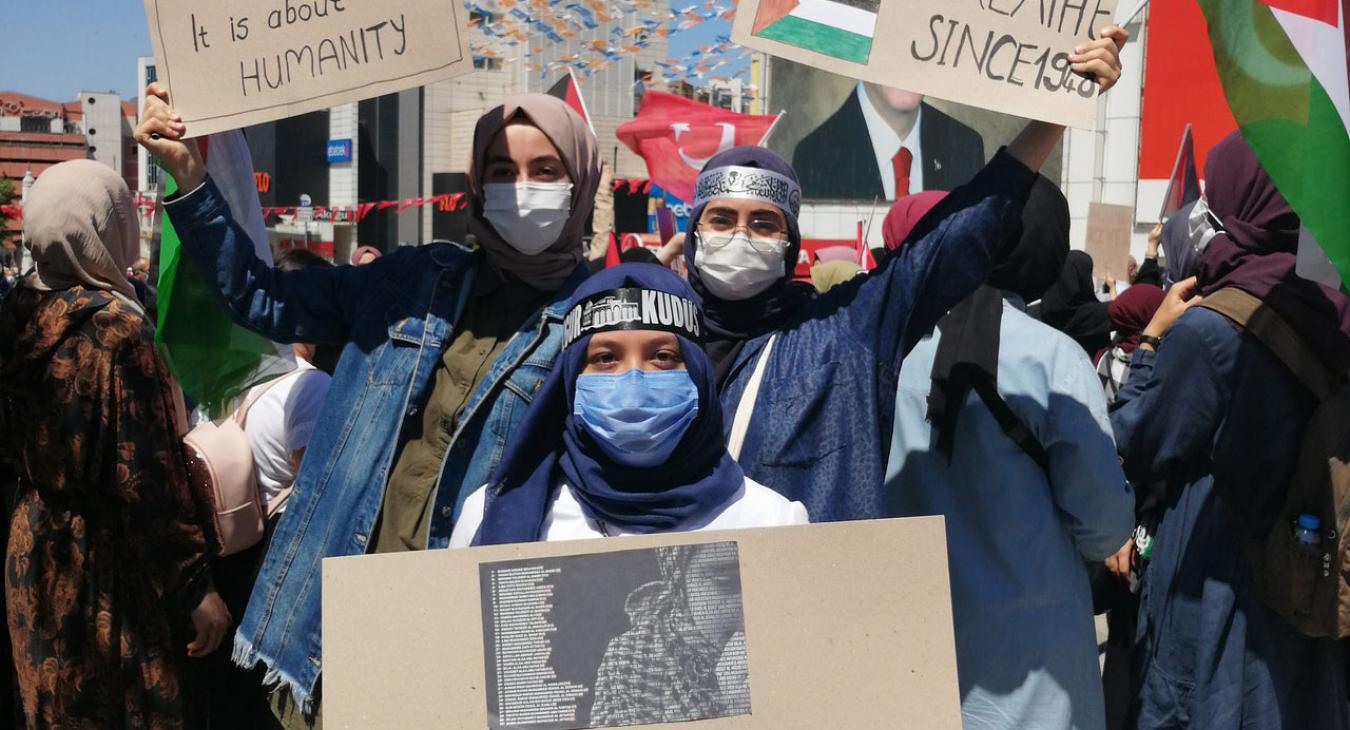 In the aftermath of the Israeli election - won by the Binyamin Netanyahu's Likud Party - Sir Vincent Fean argues that official recognition of the Palestinian state will bolster efforts to bring a peaceful resolution of the conflict. Sir Vincent served as British Consul-General in Jerusalem from 2010-14. He writes here in a personal capacity.

Parliaments across Europe – including both Houses of the Irish Parliament – have moved to revive the prospects for peace between Israelis and Palestinians.

They have done so by demanding that governments officially recognise Palestine on the 1967 borders with a view to stimulating a negotiated peace deal.

Sweden's recognition of Palestine last October can be followed across Europe in 2015.

As a result, Palestinians will see that a policy of non-violence and willingness to negotiate with Israel in good faith is vindicated by the international community, clearing the ground for UN-sponsored talks. Israelis will see that there will indeed be two states in the Holy Land – so their leaders need to negotiate that outcome now, also in good faith.

The status quo is bad and getting worse.

The vicious circle of violence and incitement between Israelis and Palestinians must be broken. Both peoples have the right to live safely, without fear of their neighbour. Each is the other's nearest neighbour.

Both have the right to self-determination, including statehood. But the Israeli's illegal settler enterprise in East Jerusalem and the West Bank – there are now well over 560,000 settlers on Palestinian land – threatens to destroy the very possibility of two states.

I commend the campaign of Ireland's trade unions – in conjunction with Sadaka - to draw attention to this threat, basing their campaign on current and verifiable United Nations maps and factual analysis.

The US Secretary of State, John Kerry should try again to promote genuine negotiations.

Led by the US, the UN Security Council should set the framework and timescale for negotiations. After the 1967 War, the UN unanimously agreed Resolution 242, ruling out the acquisition of territory by force.

The two parties to negotiations will be the state of Israel and the state of Palestine, represented by the PLO. The Security Council is the right guarantor.

There is US/EU agreement on what constitutes a fair outcome: the borders of  1967 with agreed land swaps enabling most  Israeli settlers to remain legally; Jerusalem the shared capital of both states; security for both guaranteed by NATO, with US/EU peacekeeping forces and a fair and agreed solution to the refugee question,  all Palestinians gaining the right to live in the state of Palestine.

Palestinian sovereignty means an end to the Occupation -  the full, phased withdrawal of Israeli forces - and an end to all claims.

Europe can act independently on the shared analysis that the two state solution is in clear and present danger from acts of violence, Israel's systematic illegal settlement construction, the Separation Barrier, and the seven year closure of Gaza.

Sweden's recognition of Palestine addressed the imbalance of power between the parties. Recognition now gives hope to all those in both states who strive to believe in the two state concept, and strengthens the force of international law, which Ireland helped to create  and does so much to uphold through her UN peacekeeping efforts in troubled regions of the world.

Two states are now becoming ever harder to achieve. Europe cares deeply for the wellbeing of both peoples. The EU is Israel's greatest trading partner. An Association Agreement gives to Israeli exports free access to 28 states.

But the strength of the relationship is far deeper. Israel identifies herself as a western democracy, almost part of Europe.  As British former Prime Minister John Major has said:  "To Israel high regard is paid; of her much is expected."

The government of Prime Minister Netanyahu has broken the law in its conduct of the 47 year Occupation of the land of another people. That is why Israel is losing Europe.

The PLO has recognised the state of Israel on 1967 borders. Mr Netanyahu professes to support two states, but actions speak louder than words. Many in his former governing coalition have worked overtly to kill the two state solution – their actions are both morally wrong, and against Israel's own interests.

Given that his Likud party emerged as the clear victor in the recent elections, it remains to be seen what form a new coalition will take, but on the campaign trail Mr Netanyahu explicitly ruled out Palestinian statehood.

There is no 'disputed territory' in the West Bank, Gaza and East Jerusalem. All are Occupied Palestinian Territories. The Fourth Geneva Convention applies. It is a crime for the Occupying Power to transfer its own citizens into territory it has occupied by war. That is what the settler 'enterprise' does.

The right to self-determination and statehood of the Palestinian people is acknowledged by the EU's highest body, the European Council, and by over 130 UN member states – representing two thirds of the world. The unsustainable status quo will lead directly to the Palestinian bantustans under occupation within one state – Gaza being the biggest. Israel is well on the way to becoming the apartheid state of the 21st Century.

A key task of the US and Europe is to ensure security for both states: working with Egypt to extend Palestinian Government/Israeli security cooperation to Gaza, with EU/NATO guarantees.

Ireland has a role to play here. Support for violence in Gaza will wane decisively when there is a genuine chance of peace with dignity. Egypt and Jordan also have key roles. Today, Egypt stems the flow of weapons into Gaza, but must permit legitimate Palestinian travel.

Jordan works to calm tensions at the Al Aqsa mosque in Jerusalem. With Saudi Arabia, both uphold the Arab Peace Initiative, giving Israel permanent recognition by all the Arab/Islamic States – when there is an Israel/Palestine peace agreement.

Recognition of Palestine takes us towards an equitable negotiated solution. The alternatives are the stuff of nightmares: more discrimination and chronic violence in Gaza and Jerusalem. The one-state outcome – into which Israel is fast drifting – means apartheid and violence inside that state, with no way out.

To preserve her identity and world repute, Israel needs Palestine as much as the Palestinians do. Ireland's Parliament and the British House of Commons have called for recognition of Palestine. Their respective governments and partners in Europe should heed the call now, before it is too late.